Happy third birthday to the Azerothica site. Today as of June 16th 2014 it is the third anniversary, and just like with the second anniversairy I will have a picture made for the third one. I will do this as a collaboration with a few artists on my site, namely Juicy, Tonimans, June and Valnoressa.

I want to personally thank June for posing all of our characters. Thanks for a fun and enjoyable collaboration to all the included artists for participating. 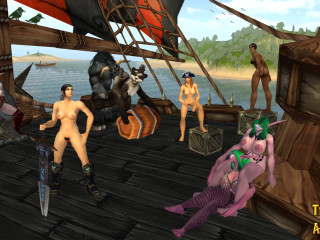 You can read a bit about our history:

I created Azerothica on June 16th 2011. The site was originally intended for myself only,to give myself a little corner on the internet for my own personal screenmanipulations.At that time I was already toying around with Unity 3D Game engine and having plans onmaking an online Warcraft Porn Game. As time went on and I updated my site to useWordPress for more easily managing content, I had one friend joining me on the siteto store his screenmanips on it too. Then later one more joined, and yet one more joined.So time went and here we are at third anniversairy, now with 12 different artists beingon the site. Most recently June joined my site and I have taught almost everything Iknow about making WoW screenmanips to June.

Fixed exe for world of warcraft version 5.4.8.18273 have been added to the download section.

The Non-Model-Change nude patch will work regardless of any new wow version because it does not require a fixed wow.exe. You can always use this if exe’s are not up fast enough for you.

Fixed exe for world of warcraft version 5.4.7-17898 have been added to the download section. Have fun =)

Hello everyone and merry christmas! I’ve spend some time creating a christmas present for everyone to enjoy. Use it as you please. I hope you’ll have a lovely winter holiday. 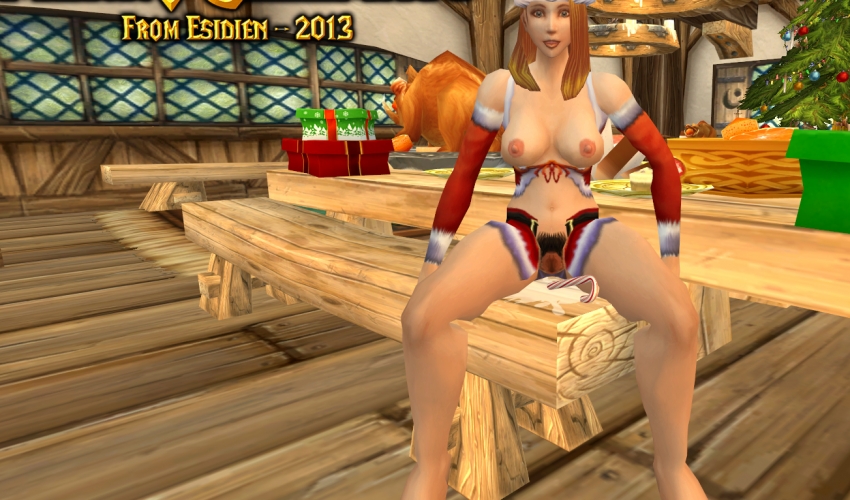 The fixed wow.exe has beed added to the download page. Go there to download it. You only need to update your fixed wow exe, you do not have to re-download the nude patch.

If you would like to support me then you can donate any amount to me, it will help me paying the monthly hosting fee. Use the donation button found to the right. You will need a PayPal account to donate.

As you know it’s patch day. And with that there’s the usual hassle with updating my nude patch. This will be done, so sit back and relax and check back later as I will update this post when things get sorted out.

Edit: Fixed exe’s for wow 5.4.0 has been added to the download page. Simply just download a new exe, you do not need to download the nude patch itself again, only a new exe.

I’ve updated Dwarf & Gnome female, so those who’re into these races should now feel not all left out alone. They are now in a hairy and shaved version and have also received new nipples and vagina. You do not need to download a new exe, just the new nude patches. Enjoy dwarf and gnome lovers.

Today, June 16th 2013 is the second anniversary of Azerothica. It is exactly two years ago that the website was created. To celebrate it, I have created a little birthday present, not just for the website, but for anyone whom stumple upon it. The birthday present is presented below, click it to view it in a larger size. To get the full size you must download it via the link at the bottom. 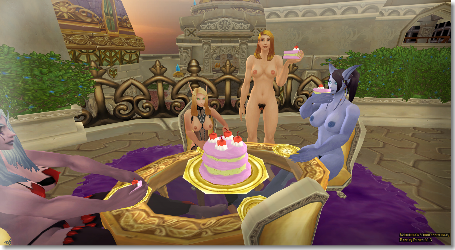