Update 1: I will wait a little bit yet with new exes as its updating too frequently at the moment with lots of small hot fix patches. It’s just too much hassle at the moment. You’ll get your exe eventually =)

So the patch 7.2.0 hit us and the tomb of sageras will be open soon. And with that it’s time for another fixed wow exe update =)

As always when these major patches are launched, it is expected that there will be a few minor patches now and then which will again require a new exe. But fear not, like the good advice from our beloved demon hunter Illidan, I am prepared =) 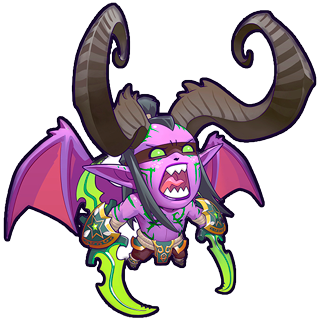 With that said, the Fixed wow exe for patch 7.2.0-23835 have been added to the download section. So you may have fun again as you venture out on the Broken Shore to slay some demons, and have a good rest afterwards with some tits from a lovely nude patch. Enjoy !

I’ve updated the Dyable nude mod on the forum. As it is not an official Azerothica mod, it isn’t posted in the download section.

I wish everyone lots of naughty fun and enjoyment =)

Please be aware that patch 7.1.0 once again broke model edits, namely the Dyable mod I’ve posted earlier has exploding and unstable models. I’ll look into the matter, so keep an eye on the forum reguarding this specific nude patch =)

Please be aware that patch 7.1.0 once again broke model edits

I’ve added a nude mod which includes a few model edits from Dyable on the Darknest Forum.

You can find the download links and preview images in the forum thread found here:

And to clear up a bit with people experiencing that characters doesnt show up. It means you didn’t remove older nude patch content. Look for any folder called “Character” or “Creature” or “item”. Either of these (if you used any of my previous nude patches) can contain edits that break the new legion pre patch models. So please get these folders deleted and use the non model change nude patch that is avaliable within the legion patches section in the downloads, as this currently works without breaking the models.

At a later point, perhaps around or after legion releases, the new model edits might be done. I dont want to have any small pre patches breaking the model edits again, that will be a lot of wasted work and time. So i need wow to be a bit more stable at first before adding model edits to my patches.

With that said, I will add demon hunter nude skins in the near future. For now I hope you enjoy the nude patch, and wish everyone lots of fun.

Only use legion patches for the legion expansion, otherwise your wow might keep crashing.

Model Change nude patches does not work for legion since blizzard made old standard models use new HD model animations. All model edits have to be re-created, even for the new HD models. A lot of work is ahead to make model edits come back for wow, but for now you can at least enjoy some nudity with the nude skins. Have fun=)

I have been looking into this lately, no worries. But things are different at the moment with the Legion expansion, so I have no ETA about when things will become avaliable. What I can say though is that a user over on the Darknest forum has modified the wow exe to make mods work (sort of). The model edits does not work, and that might mean that all of the model edits for all races have to be redone.

Some nude skins might also have to be re-done, I simply don’t know yet. But for now you can try this fixed exe provided by the user on the Darknest forums.

As of the moment model edits does not work with Legion.
But if you use the non model edit nude patch and this exe, it seems to work fine.

Still trying to figure things out, so for now I guess you have to live with standard models.

The Model Change Nude Patch for Warlords of Draenor has been updated. All new female HD models have received a model edit made by boggtroll at my forum. I have wanted to release this update for over half a year but it has been buggy at times, with characters exploding, and I simply wanted a stable nude patch without this happening.

However, Boggtroll is currently very busy in real life, and isn’t active on the forum as of this moment. The models are still work in progress, but I feel that it is time to release what we have so far. There are still changes I want to have done to a few races, namely night elf, human female and blood elf nipples that seem a bit thin.

Other then that, you can find the nude patch in the download section > warlords of draenor patches > model change nude patch. All preview images have been added, so you can take a look before downloading it.

If you find any bugs, feel free to write about it in a comment on this post, and describe when and how it occured, and perhaps even post a screenshot of the bug. You can use www.imgur.com to host your images at.